Professor of Literacy Studies
The Ohio State University, Department of Teaching and Learning

*VIDEO RECORDING NOTICE: Please note that this event is being recorded. All or portions of the event recording may be shared through UNLV’s digital channels. By attending this event, you consent to your name, voice, and/or image being recorded and consent to UNLV to reproduce, distribute and otherwise display the recording within its sole discretion.  Individuals who do not want their identities to be captured are responsible for alerting event organizers to provide off-camera accommodations.

Available for NITEP & NIEPRR Fellows and PPP/A-ARL Students and PD Speakers ONLY.

featuring all of today’s experts.

Enjoy refreshments and fellowship among students, program faculty/staff, and speakers.

Engage in Your PD 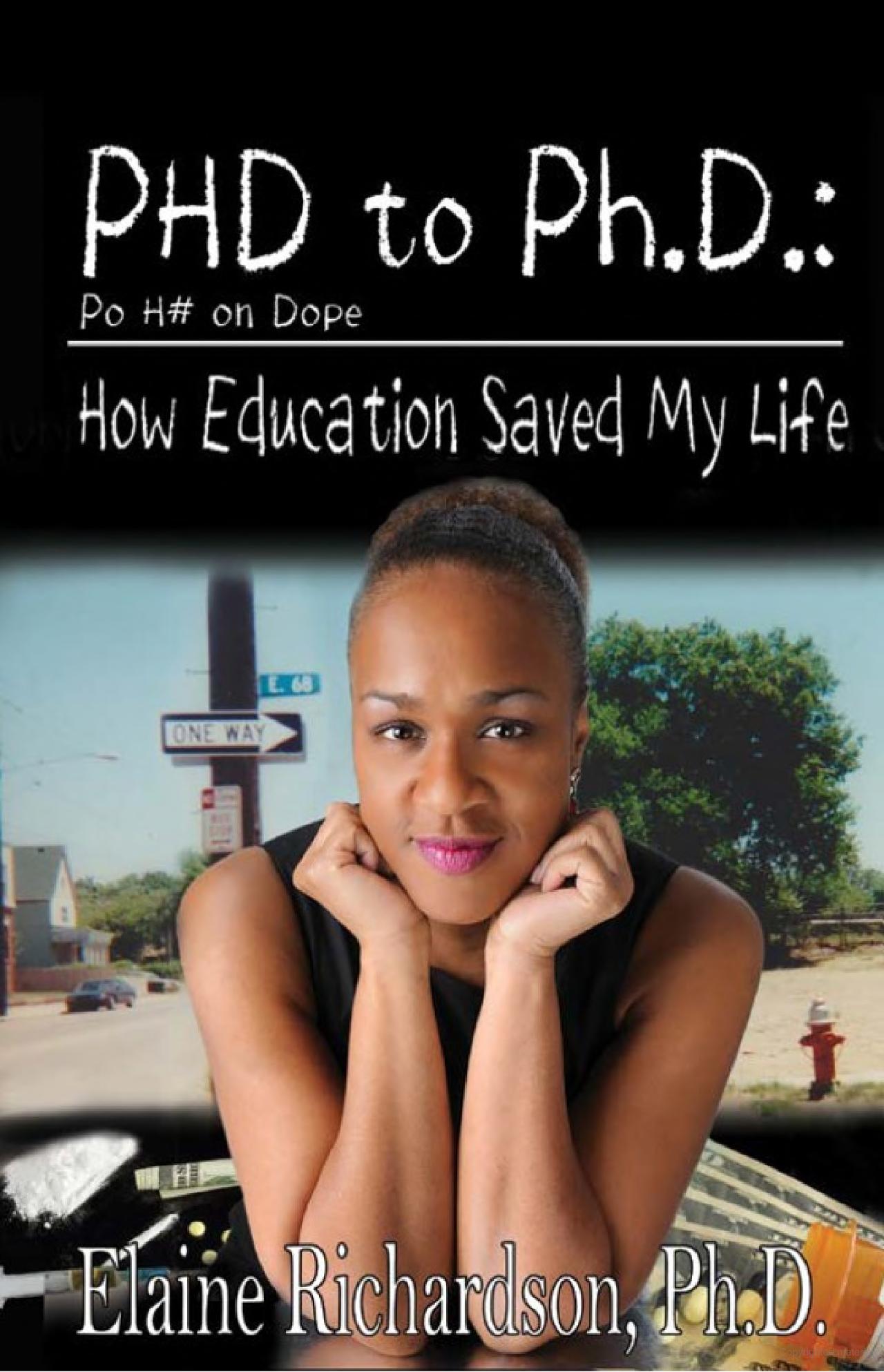 “The title of this book is no metaphor or allusion, but a literal shorthand for a remarkable, unpredictable journey. She inherits a plain way of talking about horrific pain from a mother who seemed impossible to shock. The way too fast way she grew up was and is too common, but her will to remap her destiny is uncommon indeed. To call her story inspiring would be itself too plain a thing, hers is a heroic life.”

We are excited to welcome Dr. Elaine Richardson as our keynote speaker for this event. As you dive into Dr. Richardson’s text, PHD (Po H# on Dope) to Ph.D.: How Education Saved My Life consider the intersectionalities that construct our viewpoints, our lives, and our stories.

How will you, the education system, your teaching, intersect with your students’ stories?

Share your takeaways, the areas where you want more info , or ideas you want to investigate after each breakout with this form or on a sticky note in the posted “ parking lots.”

This exercise is not only designed to help you with your comprehension and application of what you learn today… Your answers also provide data that our research team to build and share resources that you can apply as you develop in your careers.

Think about what diversity means to you. Throughout the day, take or share at least five pictures that resonate with your answer to that question and upload them to our Padlet:

You can take or share photos of anything— people, places, objects, animals, shapes, colors, etc.—as long as they speak in some way to your understanding of diversity. You can share original photos, web images… Whatever tells the story you want to tell.

Suggestion: Consider taking a new photo after every talk, session, or meaningful conversation.

At the end of the day, look at your photos along with those of your peers. How did they change? In what ways did they stay the same? What images, themes, ideas, and/or patterns keep coming up?

Finally, be creative and adventurous! You’ll encounter lots of big ideas in this program and throughout your career. As an educational leader, your ability to (re)define, critique, and question these ideas is important and necessary. In fact, your community will depend on you to do so.

Dr. Richardson’s work in various fields, including Rhetoric and Composition, Literacy Studies, Applied Linguistics, Discourse Studies, and Black Studies has been disseminated through the publication of three single-authored books, four co-edited volumes, thirty-three refereed articles and chapters in edited volumes and such prominent journals as Community Literacy Journal, College Composition and Communication, Journal for the Study of Race, Nation, and Culture, Discourse and Society, Computers and Composition, Journal of Black Studies, Journal of English Linguistics, and the Journal of Commonwealth and Postcolonial Studies.

Prof. Richardson’s exemplary scholarship is complemented by her professional leadership roles and the spearheading of socially oriented initiatives. She has held prominent roles in several committees established by the National Council of Teachers of English, and she has won numerous grants leading to the implementation of community-oriented literacy initiatives. Among the latter are the OSU Hiphop Literacies Conference, which she had directed since 2011, and the Columbus Women&Girls’Fest, which thrive via the forging of community partnerships between her academic department and local schools, agencies, and community groups in the greater Columbus, Ohio area.

Grounded in social justice approaches to language and literacy education, the compendium of Richardson’s work illuminates the importance of discourse in the fashioning of culture and identity. Her critical approach to the role of discourse in society seeks to augment traditional structural approaches to linguistics and literacy studies in order to inform our understanding of the relationships between particular modes of discourse, social privilege, and inequitable distributions of power.

In line with her five previous books, Richardson’s current book-length project, entitled Reading the World with Black Girls, gives an account of her work with Black girls in the afterschool club she established and directed in an under-resourced community in central Ohio. In this work, Richardson strives to center the girls’ stories, incorporating their mothers’ voices, those of other women in the community, and those of scholars, to illuminate the girls’ aspirations and highlight strategies used to avoid raced and gendered societal pitfalls. In this way, Dr. Richardson invites us to imagine investing in Black girls’ literacies for brave new worlds of critical collective consciousness and movement for social justice, as opposed to schooling them to literacy for compliance with larger systems of patriarchal domination, social stratification, and individualism.

Dr. Easton-Brooks earned his master’s degree in Early Childhood Special Education, emphasizing Multicultural Family studies, and his Ph.D. in Educational Leadership with an emphasis on Educational Research and Culturally Responsive Practice, both at the University of Colorado at Denver. Dr. Easton-Brooks has over 100 scholarly articles, monographs, book chapters, books, and presentations. He is known as a critical quantitative researcher and for introducing the field of education to the term “ethnic matching.” His research has been cited on educational initiatives and policy efforts in the US and countries such as Africa, Australia, Germany, India, and New Zealand. He serves on the editorial board of Urban Education The impact of his work has led to national and international interviews on television, radio talk shows, newspapers, and parenting magazines. He has produced award-winning research and created programs to combine the academic challenges of minoritized communities by using quantitative methods to show the impact systematic barriers play on the role of these students.

Breakout Session: “Discovering Oneself Through an Equity Lens“

Quinndolyn J. Jegede has been teaching in Title 1 and at-risk schools in CCSD for 10 years. Ms. Jegede is a P.hD. student in the CSIEME program in Multicultural Education at UNLV. Quinndolyn is the Chair of the Educational Development Committee for the Las Vegas Alumnae Chapter of Delta Sigma Theta Sorority, Inc. She is also the wife of Babatunde Jegede and the mother of two beautiful daughters, Oluwadarasimi and Oluwatise.

Breakout Session: “One thing I wish my teacher knew about me…“

This group is composed of current doctoral students who read Dr. Ricahrdson’s book as part of their course focusing on Social & Political issues in Literacy. The presenters for this group are Madeline Price a GA at UNLV, Borna Nemet, a GA at UNLV, Natalie Dey, a dance instructor at a CCSD high school, Morgan Jackson, a former Secondary English teacher, and Nikki Bylina-Streets, an Elementary School librarian in CCSD.

Breakout Session: “Academic Performance and Students’ Beliefs About Themselves”

How was the event?

We want to hear from you! Complete an anonymous evaluation to give us your feedback on today’s Educators LEAD Professional Development Day.

Can’t join us in person? Jump on the livestream! Post your questions directly in the YouTube live comment feed during the event and our staff will relay your questions to our speakers.
You can also tag us on social media using #nvforward and @unlvcoe.

*NOTE: In-person attendance is mandatory for 1) NITEP Fellows, NIEPRR Fellows (UNLV & NSC only ), and NV-EPIC PPP & A-ARL Cohorts 2.0 (residing in Clark County only; [UNR NIEPRR Fellows & PPP Cohorts 1.0 & 1.5 may attend 11/5 event virtually]  and/or 2) unless you have made prior arrangements with the designated program manager (see your Slack channel announcement) to attend virtually. Multiple absences from mandatory events and/or incomplete alternative assignments may result in dismissal from your fellowship/program. 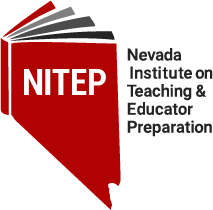 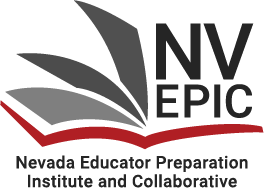 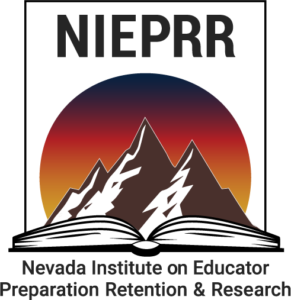